Barbara Walters isn’t the only one excited about 2020 anymore and we can thank Tesla for our new found enthusiasm. The excitement stems from the new Tesla energy initiative and full operation of the company’s Gigafactory in the year 2020. This nearly 980 acre ‘robot’, as Elon affectionately refers to it as, is being built in Nevada and once done should be able to produce 500,000 lithium ion batteries in the first year alone. As you can imagine this means we’ll see more Tesla Model S cars being built, but the facility will bring much more to green energy than just the stylish and techy electric car. With such grandiose size and a cost of construction estimated at 5 billion, (not a typo) Tesla’s Gigafactory is set to revolutionize the home and commercial solar market with large scale production of its new Powerwall and Powerpack.

The Powerwall and What it Means for Home Solar
Recently, CEO Elon Musk held an Apple style demonstration where Tesla energy unveiled their newest vision, the Powerwall. The Powerwall is in essence a battery, but unlike any that exist in today’s market. It’s sleek casing houses the lithium-ion battery pack, liquid thermal control system and software that receives commands from a solar inverter. For those who have already installed solar panels, the Powerwall will further lessen your dependence on the electrical grid or possibly remove you from it. You will now be able to use your captured solar energy for use during the day when the sun is shining while also storing excess power for later use.
The Powerwall will be available in two configurations:

For those of you who have yet to install solar panels or photovoltaics (PV), there are likely state and federal incentives in your area to help you do so. What better way to reinvest the money you saved from these incentive programs than to add a Powerwall or multiple walls (you can join up to 9) to further enhance your green home energy system? Of the 38,000+ orders, each one averages nearly 2 Powerwalls per order. Clearly homeowners with solar panels or PVs already in place are looking to maximize their green energy investment and the Gigafactory will certainly help their efforts.

While Tesla hopes to change home energy use with the Powerwall, it’s their unveiling of the Powerpack that has businesses buzzing. The Powerpack also stores solar energy but is intended for large scale projects. Unlike the Powerwall where there is a cap on how many can be combined, the Powerpack has infinite scalability. Early orders already number in the thousands with the average order at nearly 10 packs. However that figure doesn’t even

scratch the surface of the Powerpack’s potential. Commercial properties and even

towns and cities could see the Powerpack as a means to drastically reduce carbon emissions and cost of electricity. The larger scale projects can even convert solar energy from wind turbines provided the site has enough space to house them.

The Gigafactory as a Product Itself

While it is a little difficult to think of a 980 acre facility as a product in it of itself, that’s what Tesla believes it has in the Gigafactory. If the project succeeds, the company will look to market its Gigafactory to other companies looking to reduce waste and lower carbon emissions. With the Gigafactory expected to produce an estimated 20% more renewable energy than it consumes, more gigafactories can only mean less negative environmental impact as the population continues to expand. Tesla and its CEO Elon Musk’s vision for a greener future can’t be accomplished on their own. They will need individuals, businesses, and communities to join efforts and make the switch to clean renewable energy.  And to do this, as usual, Elon Musk has decided to make the patents to all of their innovations available to the public with the hope that others can improve on what has already been created.

This article was composed by Brian Levesque.  Brian is currently studying electrical engineering at Colorado University in Denver, CO.  During his free time, Brian consults Ablaze Energy on new happenings in the realm of renewable, sustainable energy. 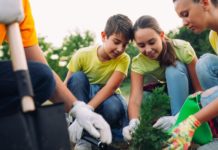 Ways to participate in your community if you live in Ohio 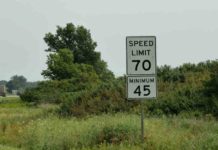 How Are Speed Limits in Missouri Determined 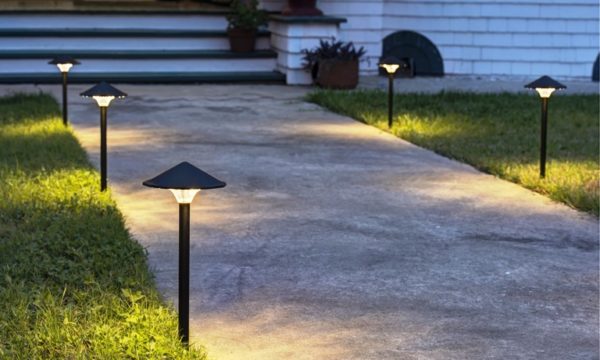