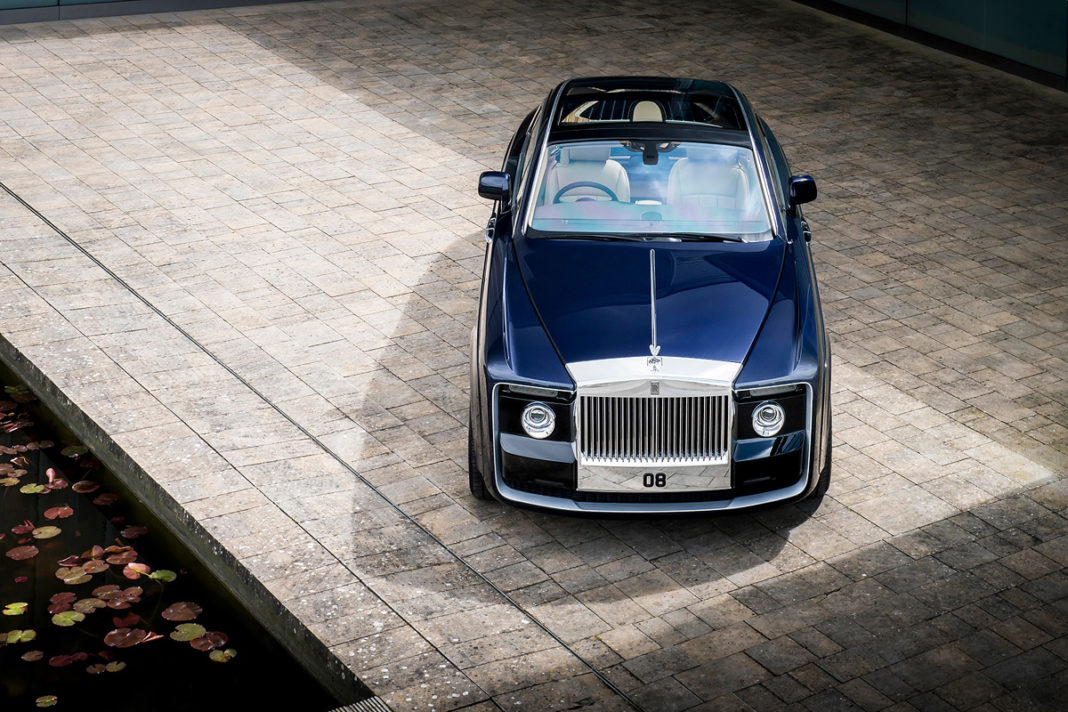 Rolls Royce designed a one-off custom build called the Sweptail. At a reported price of nearly $13 million, it is believed to be the most expensive new car Rolls Royce Sweptail ever commissioned. 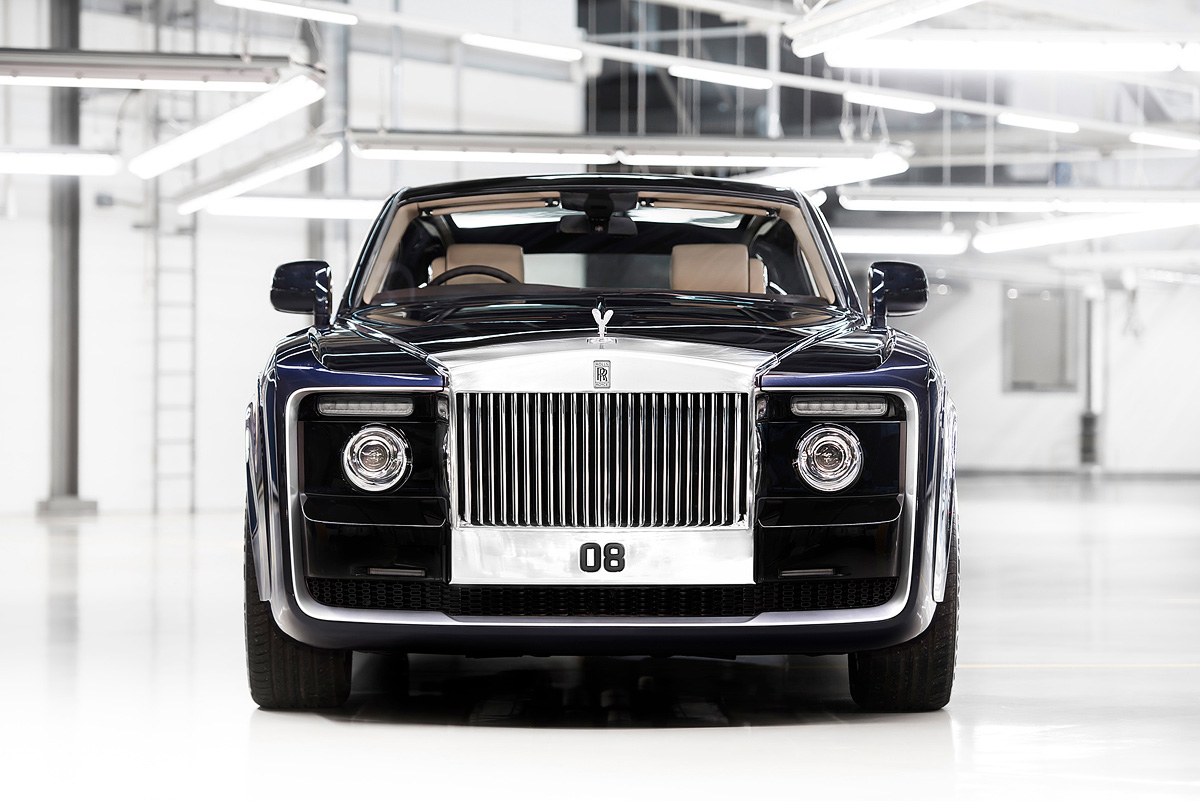 Rolls Royce Sweptail – a bespoke one-off coupe built for one of Rolls Royce’s “most valued customers.” “Sweptail is the automotive equivalent of haute couture,” Giles Taylor, the director of design for Rolls-Royce Motor Cars, said in a statement. “It is a Rolls-Royce designed and hand-tailored to fit a specific customer.” According to Rolls, a customer approached the company in 2013 and asked it to build a one-of-a-kind motor car inspired by the luxury yachts of the 1920s and ’30s. 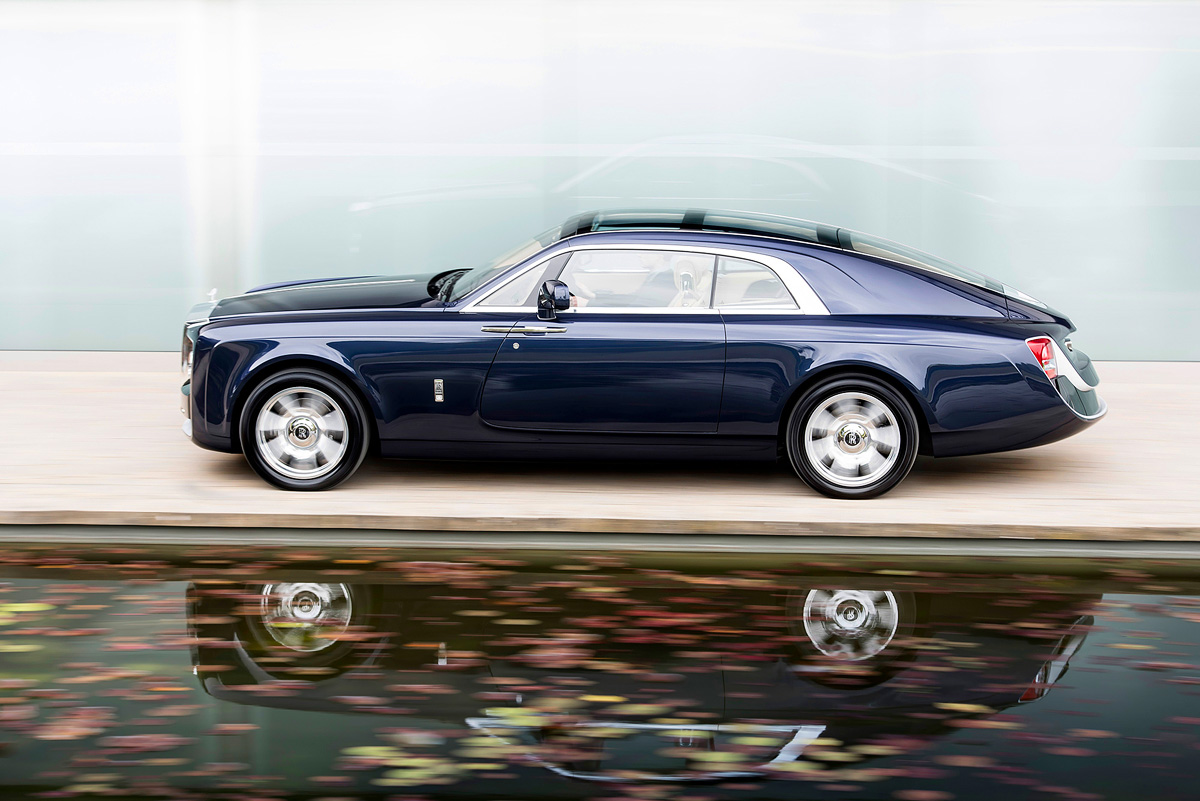 The Sweptail’s signature feature is a single-piece glass roof that tapers into the car’s fastback rear end. It’s a design feature that dominates the car’s silhouette. The front grille of the unique motor car is also unique by itself and is the largest fitted to any modern-era Rolls Royce giving it a distinct look. 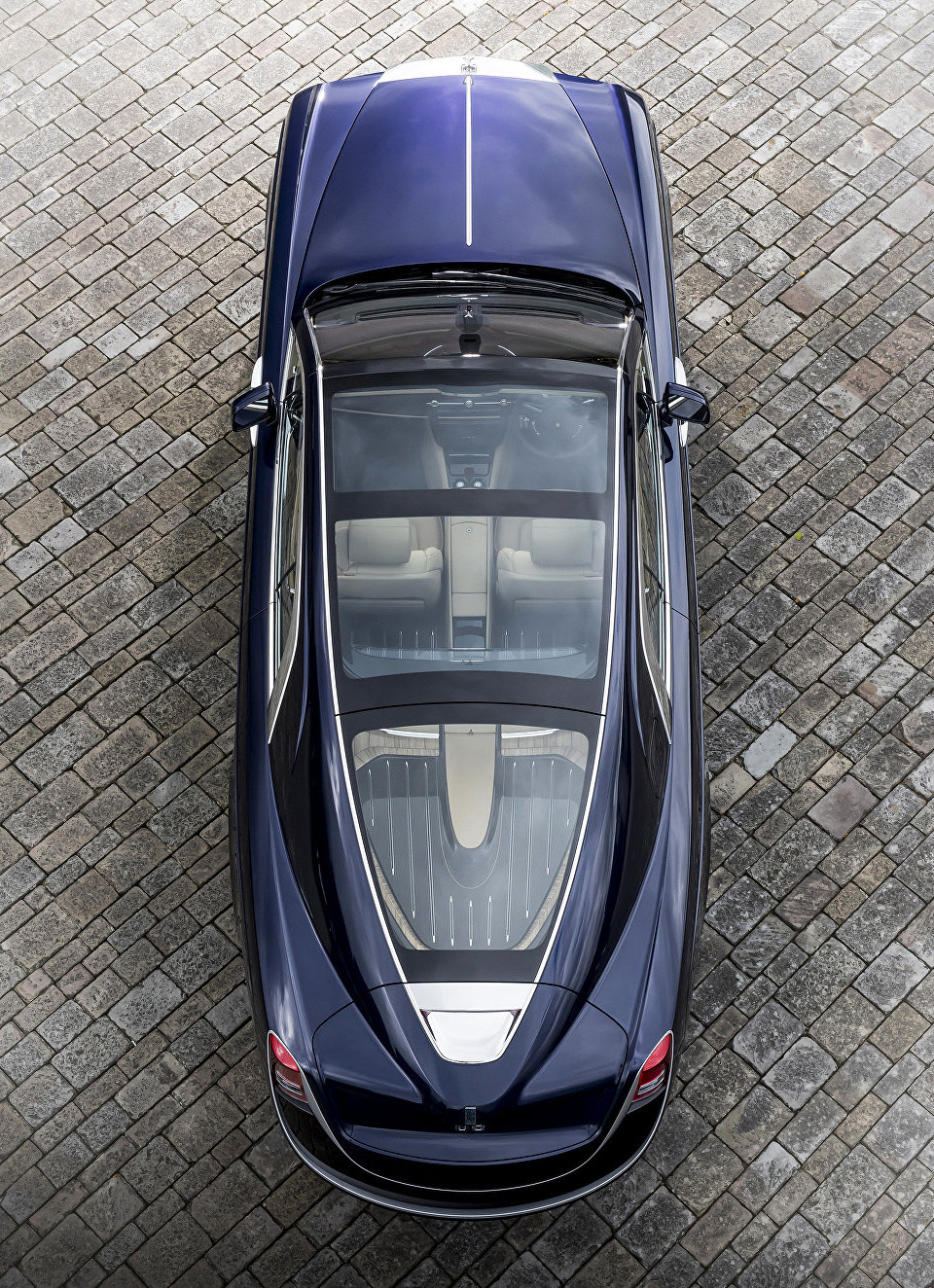 It’s milled from a single piece of aluminum and hand-polished to give it a mirror shine. On the rear end is the “swept-tail” that gives the car its name. The coup de gras of the rear is the ultimate homage to the world of racing yachts that inspired the client, with its raked stern. 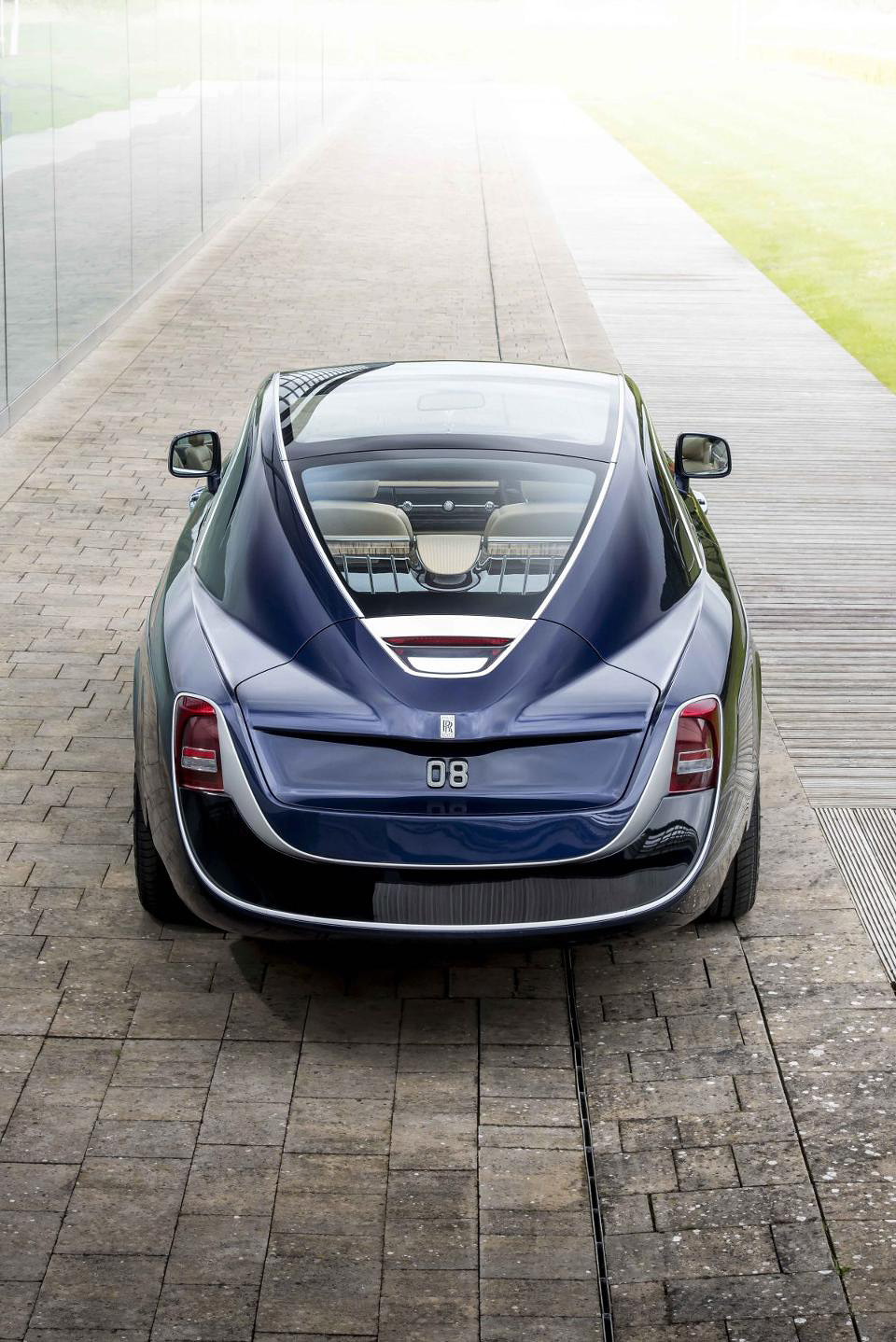 The back seat is replaced with a wood mid-shelf that features an illuminated glass lip. Further back is the wood hat shelf, polished and inset with luggage rails and surrounded by a large teardrop-shaped glass roof that contributes to a very bright, airy cockpit. On the inside, the cabin is predictably wrapped in opulence. Rolls claims the car’s dash is the cleanest to date, with a clock made from the thinnest Macassar veneer and machined titanium hands. 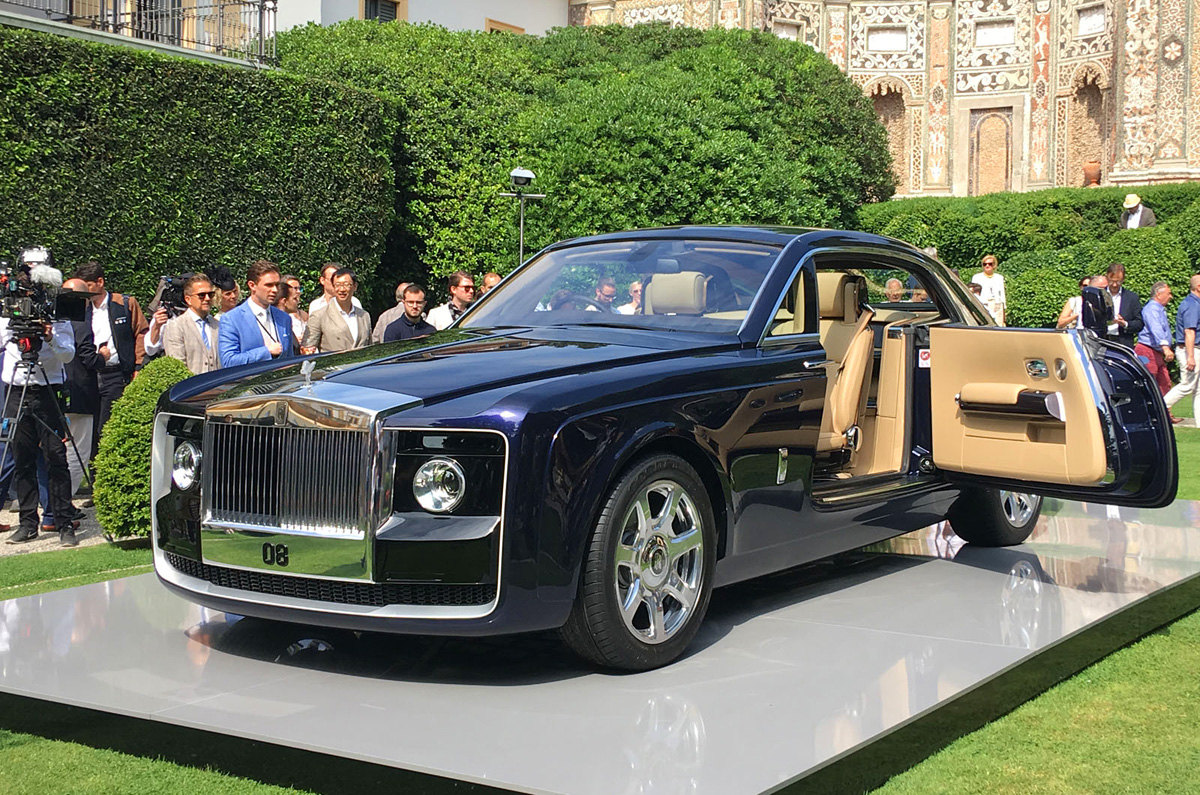 The center console also houses a mechanism that serves up a bottle of champagne and two crystal champagnes flutes. The Sweptail comes with its own set of luggage. Rolls-Royce has not released technical specs of the car, but it’s believed to be based on the current-generation Phantom platform, which means some version of the company’s 6.75-liter V-12 is most likely lurking under its long bonnet. 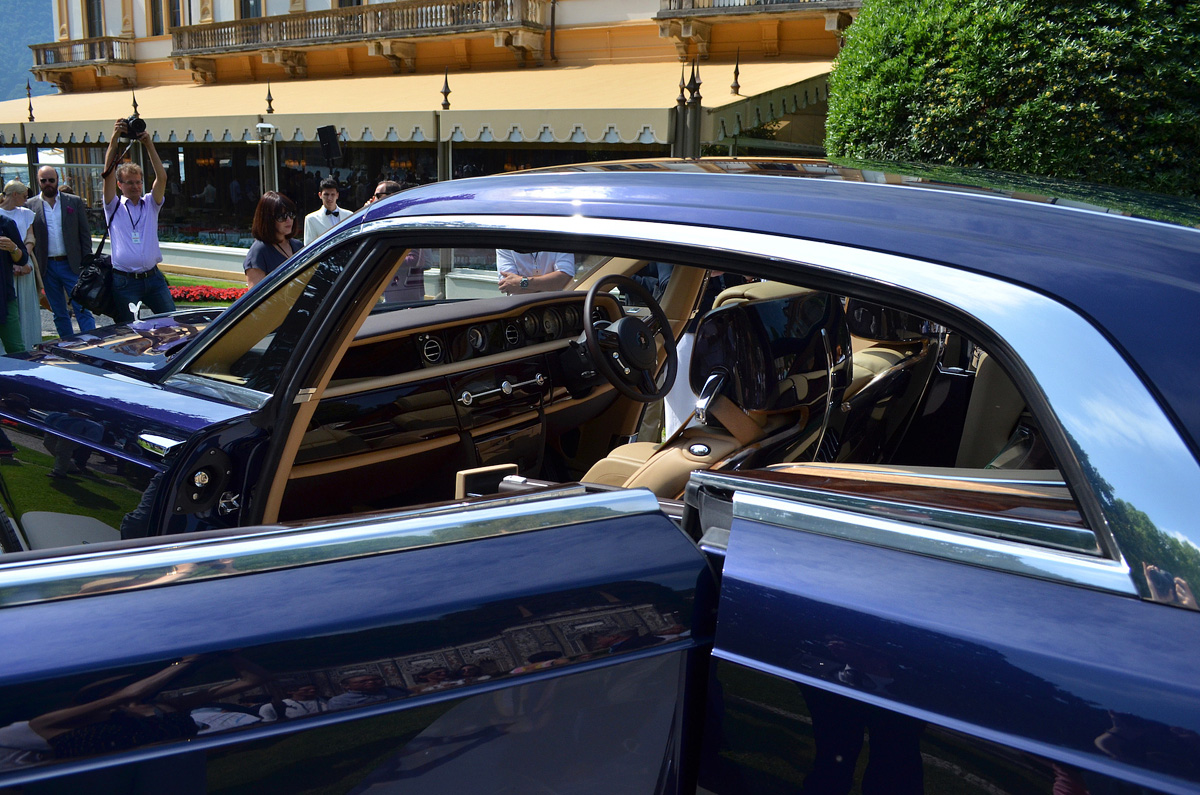