Until very recently, the medical consensus regarding the aftereffects of a heart attack was definitely on the gloomy side. Damage done to the heart was basically irreparable; the decline of heart function following at attack might be gradual or rapid, but a damaged heart never regained any of its reduced functioning capacity. Now scientists are guardedly optimistic about the possibility that a damaged or diseased human heart can grow new healthy cells and actually patch up the damage to restore some if not all of its capacity.

Last year a major breakthrough was reported in stem cells taken from healthy tissue in damaged hearts were purified in the lab and injected back into the same heart – and they began to regrow healthy tissue. The research and experiment were led by Dr. Roberto Bolli at the University of Louisville and Dr, Piero Anversa at Boston’s Harvard Medical School with other contributors. The initial trial showed that patients’ heart function improved substantially in the months; tests proved that healthy tissue had been grown and heart function increased by an average of 12 percent after one year.

Medical scientists are naturally wary of making bold promises, but the hope is that ongoing stem cell research could mean that the human body could regenerate any of its damaged organs, not just the heart. Further studies are currently in process using skin cells for the same purpose. One report published in European Heart Journal earlier researchers in growing genetically programmed skin cells into healthy heart cells.Stem cell research is still a controversial issue for many, and its proponents are careful to state that much more must be learned and many more comprehensive tests undertaken before any final conclusions are drawn. The possibilities, however, seem to be endless.

Stem Cells for the Heart

The Top Five Martial Arts for Your Kids 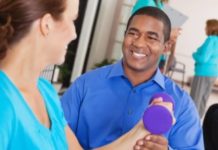 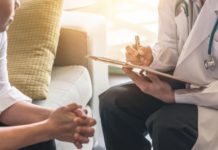 7 Tips for Working Around an Illness